Navigate the maze with Confidence

All criminal matters in York Region are heard at either the Ontario Court of Justice or the Superior Court of Justice located at 50 Eagle Street, Newmarket, Ontario, L3Y 6B1. The Criminal Courthouse is located on the south-west corner of Yonge Street and Eagle Street West. Accused persons in York Region who are held in custody are typically housed at the Central East Detention Centre located at 541 Highway #36, Lindsay, Ontario. 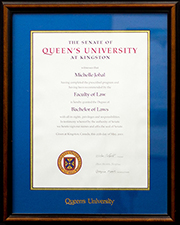 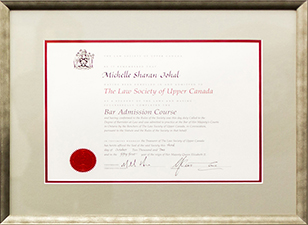 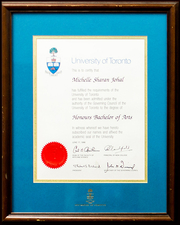 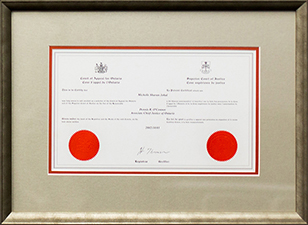 At the first appearance, cases will be adjourned to courtroom #205 at 9 a.m. on the appropriate day. You are only permitted to make a total of three appearances in #205 Court before the justice will require that you appear in Courtroom #201 before a Judge. For cases that are not resolved by this point in the process, a date will be set for either a judicial pre-trial, a preliminary hearing or a trial.

If you are young person charged with a criminal offence in York Region, you are required to appear in a special Youth Court, courtroom #102, starting at 9:30 a.m.

If you are not released from the police station and are in custody you will be required to make an appearance in bail court within 24 hours of your arrest. Bail hearings are typically held before a justice of the peace in courtroom #104, in addition to courtroom #103, starting at 9:30 a.m.

Beyond just a criminal lawyer

Beyond just a criminal lawyer Ms. Johal is devoted to continuing legal education. She is often called upon to lecture other lawyers at continuing professional development courses at various organizations including the Law Society of Ontario, the Destination Continuing Professional Development Program, the Ontario Bar Association and the Criminal Lawyer’s Association. She is also an advisor at Ryerson’s Law Practice Program and Osgoode Hall Law school’s Trial Advocacy course.

Michelle was outstanding from start to finish. Her strategic approach in handling my case helped me achieve my desired outcome. During my consultation with Michelle she was very thorough in explaining the process, potential outcomes and really put me at ease by managing expectations. She was also very transparent with the fees – helping me plan accordingly. With my charge withdrawn, she has been instrumental in helping me put this issue behind me. Highly recommend Ms. Johal.

I can not be more grateful and satisfied by the honesty and integrity which was shown to me by Michelle Johal. She was never quick to judge and always focused on supporting myself on winning my case. I would highly recommend hiring Michelle Johal as your Lawyer. Thank You!

Michelle Johal is a fantastic lawyer. She is passionate, charismatic and most importantly dedicated to her clients and her cases. You will be in good hands with Michelle and you will feel how much she cares about your case. I highly recommend her!

I retained Michelle Johal and she has taken care of everything from beginning to end. She was able to answer all my questions and make sure I was able to get the best possible outcome! She has been of great help to me and is highly recommended to anyone.

Michelle Johal is best lawyer.She take care of everything about your case.She dismissed all my charges of drink and drive.And also you can pay her fee in installment.Her nature is very good .She explained everything in perfect manner .I am very lucky to have this lawyer.

Do You Require Legal Representation?

Michelle Johal Practices Exclusively In The Area Of Criminal Law.

Michelle Johal’s cases have been reported on in top Toronto media publications such as the Toronto Star and the Toronto Sun. She is contacted regularly to offer her legal opinion to the CBC and Brampton Guardian media publications on current events and criminal driving offences.  She was recently invited to speak on the subject of RCMP overreach by the CBC. To watch the video, please click here:

Discuss your case in confidence

It is located a short distance from the A. Grenville and William Davis Courthouse located at 7755 Hurontario in Brampton. It is located across from the Tim Horton’s on County Court Blvd, and is a large commercial building with ample parking. We can be located on the 6th floor at County Court Law Chambers.

Fill out an online inquiry form. Someone will respond to your inquiry within 24 hours.

Freelance court interpreters have started the year off by enacting job action, calling for a decade-long wage...

What are your rights under laws imposed to stop coronavirus spread?

During the declared emergency, the scope of police powers are now significantly broader, says Michelle Johal...

Background-A new trend emerges in 2018 Appellate authorities establish that upon arrest a defendant has the right...

Please complete the form below or call us to schedule a free initial consultation and case review.